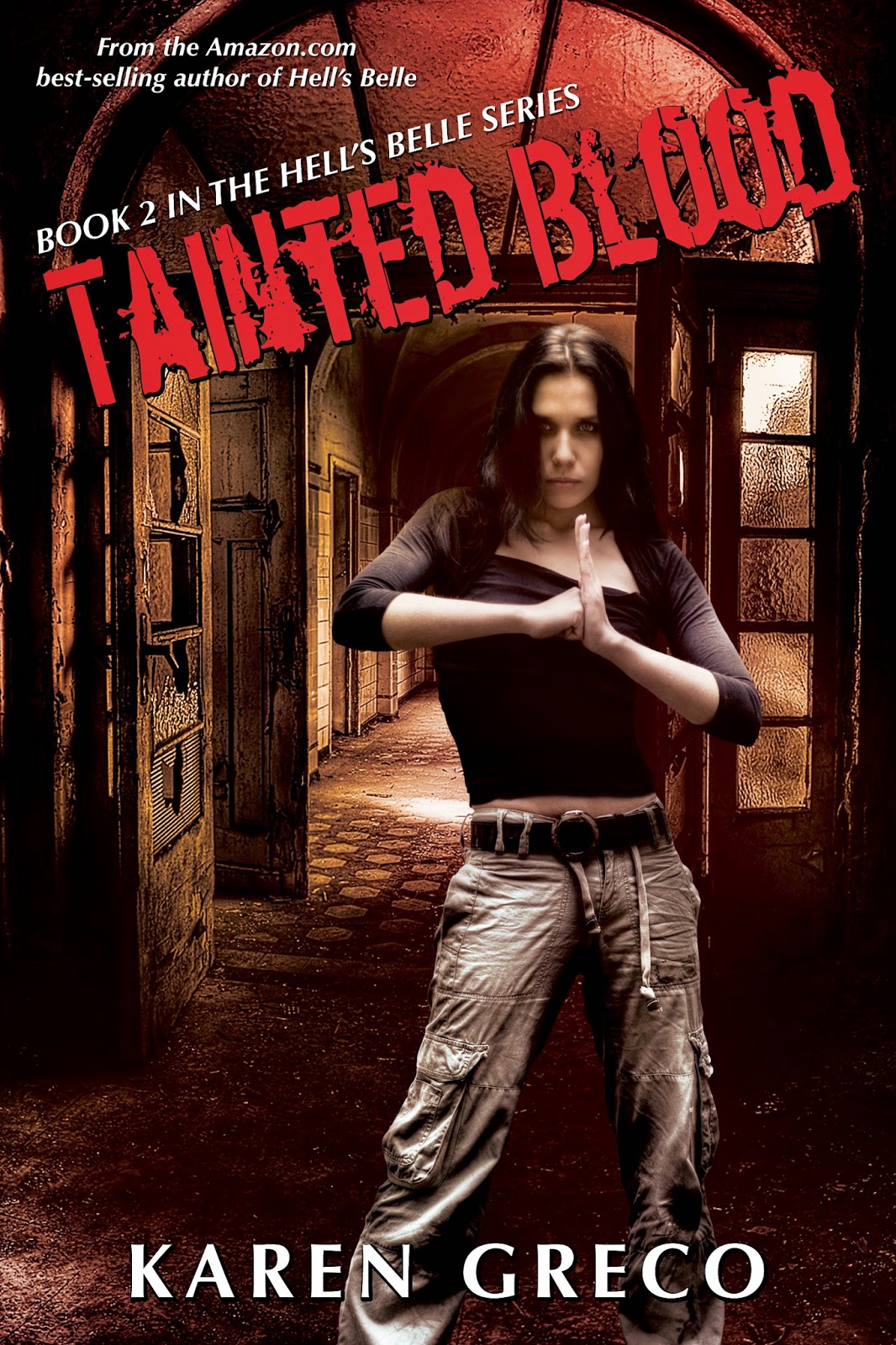 After surviving a vampire assassin (not to mention an awkward affair with a hot FBI agent that ended worse than she could have imagined), witch/vampire hybrid Nina Martinez is reunited with the full Blood Ops team in Providence, Rhode Island. Her Aunt Babe is tutoring her in all things witchcraft, and her vampire partner Frankie is enjoying the benefits of daywalking, courtesy of a demon spell.

When a segment of the Rhode Island vampire population is marked for death by a tainted blood supply, Nina and her team race to find Patient Zero before the local vampire population is wiped out. But when a demon infestation threatens to take control of the city, Nina must join forces with newly elected mayor—and closet demon— Ami Bertrand before the city falls into ruin.

Filled with fast-paced, edge-of-your-seat action, Nina and her group of supernatural misfits battle a surprising new enemy that threatens their very existence.

No wonder she still can’t get a date.

"Jesus Christ, Frankie," I muttered as the crowbar hit the worn marble floor with an earsplitting clatter.  So much for stealth. We should have just ripped through the doors with explosives.

We were breaking into the Superman Building. At 26 floors, it was the first skyscraper ever built in downtown Providence. It lost its last tenant three years ago, and the gorgeous art deco structure was now a towering reminder of better days, when manufacturing was booming and people had money to burn. Years of attempts to "revitalize" the area had fallen flat. This left plenty of room for the underground supernatural factions to sweep in and take over.

Frankie flashed a fangy grin at me. "What's the fun in surprising them? It's never a good time unless it all goes off the rails."

I shook my head and sighed. Ever since Frankie was charmed by a demon to walk in the sunlight, he thought he was invincible. And, sure, being a vampire helped, but he could be staked just as easy as any other vamp. His arrogance could get us both killed.

We walked swiftly through the lobby of the abandoned high rise, keeping tight to the walls. In our all-black commando outfits, we blended easily into the dark hallway.

I stole a wistful look at the bank of elevators. The electricity was cut to the building. We'd be taking the stairs. "Want to guess what floor they're on?"

"I say top floor," Frankie said with his hand already on the door to the stairwell.

Karen Greco has spent close to twenty years in New York City, working in publicity and marketing for the entertainment industry. Originally from Rhode Island (she loves hot wieners from New York System, but can't stand coffee milk), she studied playwriting in college (and won an award or two).

After not writing plays for a long time, a life-long obsession with exorcists and Dracula drew her to urban fantasy, where she can decapitate characters with impunity.

Her first novel, Hell's Belle, was released in 2013. Tainted Blood is the second book in the best-selling Hell's Belle urban fantasy series.

Guess what they fish out of the Gowanus Canal?


10 copies of ebook (mobi or epub format) and custom-made vampire stakes, etched with ruins, like the stake Nina uses in Tainted Blood. Open to US Shipping.