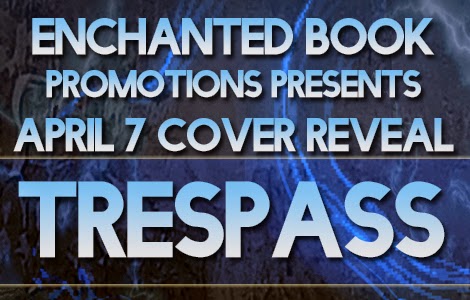 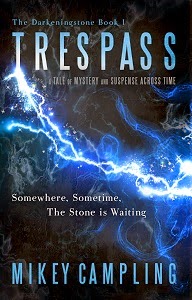 Five men, separated by five thousand years, their destinies bound by one discovery.

Somewhere, sometime, the Darkeningstone is waiting.

Trespass combines gritty, edgy modern-day action with a thrilling adventure across time. Discovered over 5,000 years ago, the Darkeningstone affects everyone who finds it.

Jake was too smart to believe the rumours about Scaderstone Pit, but now he's in more danger than he could ever have imagined.

In 1939, as World War II looms, the lives of two men will be changed forever.

Over 5,000 years ago, a hermit will keep the stone a secret. But someone is watching him - someone with murder in his heart.

When it finds you, what will you see when you look into The Darkeningstone?

Mikey grew up in North Yorkshire, but he refuses to be classified according to Northern stereotypes, which is just the sort of bloody-minded attitude you'd expect from a Yorkshireman. During his first day at school, he discovered the wondrous world that is The Book Corner, and he has never really left it.

He now lives in Devon, on the edge of the wilds of Dartmoor, with his wife, two children, and a black Labrador called Lottie who will only bark when she's asleep. And lots and lots of books.

You can find out more on Mikey's website: mikeycampling.com

You can also get two free books, free audio stories and free artwork by joining his mailing list at: mikeycampling.com/giveaway