Release Day: The Forgotten Ones by Brian McGilloway 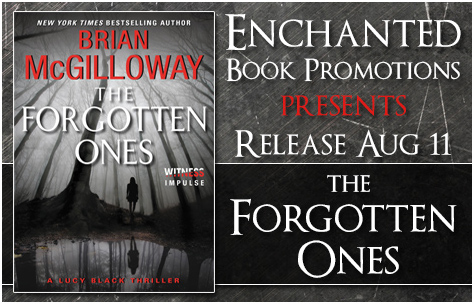 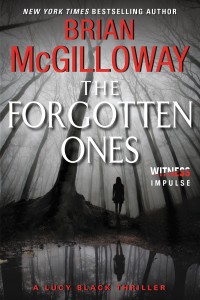 From the NEW YORK TIMES bestselling author of LITTLE GIRL LOST comes a brand-new thriller featuring Lucy Black - a twisting, gripping story of secrets and lies, perfect for fans of LOUISE PENNY and TANA FRENCH. The body of an elderly man is hauled out of the rushing water of the River Foyle, cold dead. Detective Lucy Black is called in to investigate when it becomes evident that this was not a suicide: the man’s body was embalmed before it ever entered the water.

Confounded and exhausted, Lucy heads home to review the case in quiet; but there will be no rest for her tonight. She’s barely in the front door when a neighbor knocks because his wife’s sister has been attacked and they need her help. As a string of strange crimes is unspooled throughout the city, Lucy is pulled in countless different directions… until she realizes there may be something dark and dangerous connecting everything. Soulful and suspenseful, featuring one of the most appealing characters in suspense fiction, THE FORGOTTEN ONES is a novel to take your breath away.

Brian McGilloway was born in Derry, Northern Ireland. After studying English at Queen’s University, Belfast, he took up a teaching position in St Columb’s College in Derry, where he was Head of English. His first novel, Borderlands, published by Macmillan New Writing, was shortlisted for the CWA New Blood Dagger 2007 and was hailed by The Times as “one of (2007’s) most impressive debuts.” The second novel in the series, Gallows Lane, was shortlisted for the 2009 Irish Book Awards/Ireland AM Crime Novel of the Year. The third Devlin, Bleed a River Deep, was selected by Publishers Weekly as one of their Best Books of 2010. He is the author of the New York Times bestselling Lucy Black series, all to be published by Witness. Brian lives near the Irish borderlands with his wife and their four children.