A woman who prayed for a hero…

Orphaned at a young age, Rachelle Fiennes prayed for a hero to rescue her from her tragic life in England. When her only kinsman goes missing after the Battle of Stamford Bridge, Rachelle braves the aftermath of the battlefield to find him.

A man who lost everything…

Damned by the gods for surviving the bloodiest defeat in Norse history, Jarl Tyr Sigurdsson is still determined to get home. Hiding until nightfall so he can escape to his ship, his dangerous endeavor is disrupted when he’s accidently discovered by a beautiful Saxon.

Brought together by war, Rachelle and Tyr face many obstacles. Can sworn enemies find peace through love, or will fate tear them apart?

Since the first day they’d met, Tyr had been embroiled in strife and violence. Standing in this holy place, he seemed vulnerable, almost normal. Only once before had she seen this level of tenderheartedness in him. The degree of compassion he showed his deceased brother when he prepared him for funeral rites still haunted her. Of course, what man wouldn’t be moved by such tragedy? This was decidedly different. Baffled by this transformation, she watched him closely.

“I thank you for this kindness.”

He embraced her. The motivation behind his touch had changed, she felt it.

“I swear on this holy ground, I’ll never hurt you again,” he said.

He’d pledged it before. Could she be foolish enough to believe again? Didn’t he understand she couldn’t get past the fact he was holding her for ransom? Could she ever really forgive him for deceiving and shaming her? Caution did little to help her cause. Jolts of lust shot through her. It felt wonderful to be touched by him; but as welcome as those feelings were, they must stay hidden forever.

“I want to believe you,” she said.

He tipped her head upward. “I make no promises I can’t keep,” he assured her. “If there’s anything I can do to ease your pain, ask me.”

She remained silent. Somewhere in the recesses of her mind, a place existed where happy thoughts thrived. She pictured how it would be if he dropped on his knees and declared his love. All of this was quickly swept aside.

“I’ll leave you now,” he announced. “My men are aware of your situation and will not disturb your observances. When you are ready, they will escort you back to the house.” 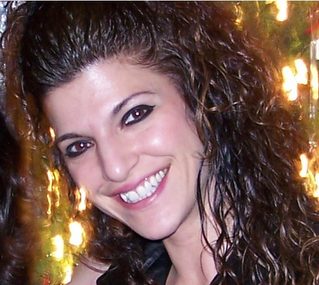 Violetta has been "in love" with writing since childhood. Struck with an entrepreneurial spirit at a young age, at five, she wrote short stories illustrated by her best friend and sold them in her neighborhood. The only thing she loves more than writing is her wonderful relationship with her husband, Jeff. She enjoys outdoor activities, reading whatever she can get her hands on, music, and losing herself in the fictional worlds she enjoys bringing to life.