Release Day Giveaway: Only an Earl Will Do by Tamara Gill 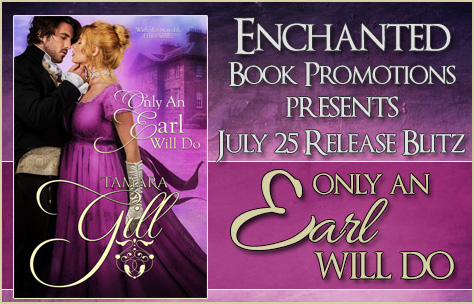 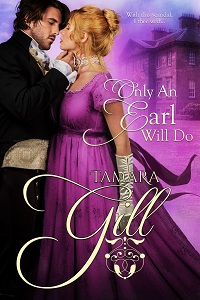 Title: Only an Earl Will Do

The reigning queen of London society, Lady Elizabeth Worthingham, has her future set out for her. Marry well, and marry without love. An easy promise to make and one she owed her family after her near ruinous past that threatened them all. And the rakish scoundrel Henry Andrews, Earl of Muir whose inability to act a gentleman when she needed one most would one day pay for his treachery.

Returning to England after three years abroad, Henry is determined to make the only woman who captured his heart his wife. But the icy reception he receives from Elizabeth is colder than his home in the Scottish highlands. As past hurts surface and deception runs as thick as blood, so too does a love that will overcome all obstacles, unless a nameless foe, determined with his own path, gets his way and their love never sees the light of day…

Tamara is an Australian author who grew up in an old mining town in country South Australia, where her love of history was founded. So much so, she made her darling husband travel to the UK for their honeymoon, where she dragged him from one historical monument and castle to another. A mother of three, her two little gentleman in the making, a future lady (she hopes) and a part-time job keep her busy in the real world, but whenever she gets a moment’s peace she loves to write romance novels in an array of genres, including regency, medieval and time travel. Tamara loves hearing from readers and writers alike. You can contact her through her website, and sign up to follow her blog or newsletter.

Win a $10 amazon gift card during the release. a Rafflecopter giveaway