Kyran of the Blue Ridge Pack has spent most of his life searching for an end to the Forever War. Finding a Hunter among their greatly diminished ranks who was willing to forgo their "shoot first" mentality was harder than it seemed. Then fate–or the gods–gifted him with Alexis James, a petite Hunter with a nasty habit for killing his kind and a need for his surgical skills.

Alexis only has two wishes in life: make it through her next assignment, or die a relatively quick death. With a heart hardened by miserable circumstances and painful memories, her view of kindness and common decency was marred by scars of swift retribution.  So when the blue-eyed Lycan saw fit to save her life, she wondered: At what cost?

After eight thousand years of war, the end is becoming a reality, but is the possibility of peace worth Kyran's soul and possibly Alexis' life?


Most authors know that title to be synonymous with Stephen King and his advice, tips, and comments on writing. If you haven’t read it, I say pick it up. It’s an easy read and I (not that my opinion matters much to people) and those with more clout and “fame” have recommended it as well. That being said, I am a writer with no writing advice to give. Isn’t that odd? To me, it isn’t.

There is this odd thing that has happened over the years, people started trying to tell me how to write. That in order to have real characters I needed to write my characters like this, or my scenes like this. Do this many words a day and so on and so on. The advice never ended until the day I stopped listening.

When I sit down to create, to mold something from a concept or idea, I don’t consult those books who tell me how to craft a believable character. I don’t riffle through books on how to build a scene. Instead of an outward approach, I look inward.

The stories may be mine to write but they aren’t exactly mine. They belong to my characters. It is their fictional lives that I must get right on the page, it is to them that I must be true. Authenticity is a big deal to me. Being true to my world and characters helps the ideas stay fresh and the stories keep flowing. the moment I derail from telling the “fictional truth” the stories dry up, my characters clam up and my head gets to be eerily quiet.

Writers don’t like silence in their characters. Try prying a hundred thousand words out of someone who doesn’t want to talk to you. Hard doesn’t begin to cover it.

Still those who’ve given advice aren’t completely useless. Of course, some of them are better than others. I take whatever I believe applies to me and toss the rest because everyone doesn’t share the same process, need the same tips and or advice. This difference in process is why  there are so many out there. It is also why in the end we have so many different books that stem from the same core concept.

In writing you can’t  “take this road to success” and  actually guarantee it will happen. It’s a subjective art. For me, that is the core reason to be authentic to my characters and the world I’ve created. No one can do it like I can.

If that sounds like advice, that isn’t my intention. This is what works for me, it’s what helped me write The Lycan Hunter and First of Spring, the next book in the series. I foresee this process as being how I will complete my series. This works for me. I can’t say it will work for anyone else. 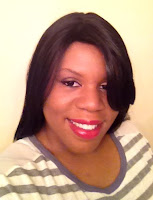 Like everyone, Kelsey has her share of vices, which typically centers around sinful frappes made with Blue Bell Coffee ice cream, late nights hanging out with her demanding muse, spending an embarrassing amount of time reading, and napping.

When she isn't indulging in her love of books, music, late nights with her muse, and delicious, but fattening frappes, she is spending time with her husband and daughter.