Guest Post
Battling My Inner Demons: My Journey to Becoming a Self-Published Author
By Cassandra Lawson

Thank you Annette Gisby for featuring Raven’s Blood today and inviting me to do this guest blog post. I also want to thank everyone who stopped by here to learn more about Raven’s Blood and read my ramblings. Today, I want to tell you a little about myself and how I came to be a self-published author. The path to self-publishing was a long one. Along this path, I faced two horrible demons. Both of these demons, denial and self-doubt, lived within me.

Denial was the worst of these inner-demons because it kept the self-doubt demon hidden from me. I said things like, “I just don’t have time to do any serious writing,” or, “I don’t want to be a published author.” Oh, I made many excuses to avoid thinking about sharing my work with the world. In truth, I didn’t face denial head on. I inadvertently stumbled past it. I got tired of people telling me I should try to publish my writing. Finally, I just threw up my hands in defeat and said, “Fine! I’ll try to publish a book.” Once I agreed, I realized that the prospect was a little exciting. Despite my many avoidance tactics, I really wanted to call myself an author. Still, I was a scared.

After overcoming denial, I saw things much clearer. That is when I realized I was afraid of putting myself out there. Letting people read my books is like inviting them to wander through the twisted corridors of my mind. That’s some scary stuff in there and I wasn’t sure I wanted to share it with the world. Mostly, I worried I might not have what it takes to do this. I won’t lie, Raven’s Blood is my third book, and my hands shook a little when I hit the publish button. I was a nervous wreck when I sent Raven’s Blood to the first beta reader. As you can see, self-doubt is not an easy demon to battle. I cannot say I have overcome my self-doubt, but I no longer let it control me.

After battling my inner demons, I lived happily ever after as a writer. Wow! That sounded really nice, but things were a little more complicated. Once I decided I wanted to be a published author, I still needed to make a lot of decisions. There are many options for authors. I decided on self-publishing because it allows me the freedom to set my own deadlines. I homeschool my youngest children and that is my top priority. Self-publishing allows me to set goals I can realistically achieve. In the end, it was the right choice for me. While my journey as a self-published author may not always be easy, it is always rewarding. 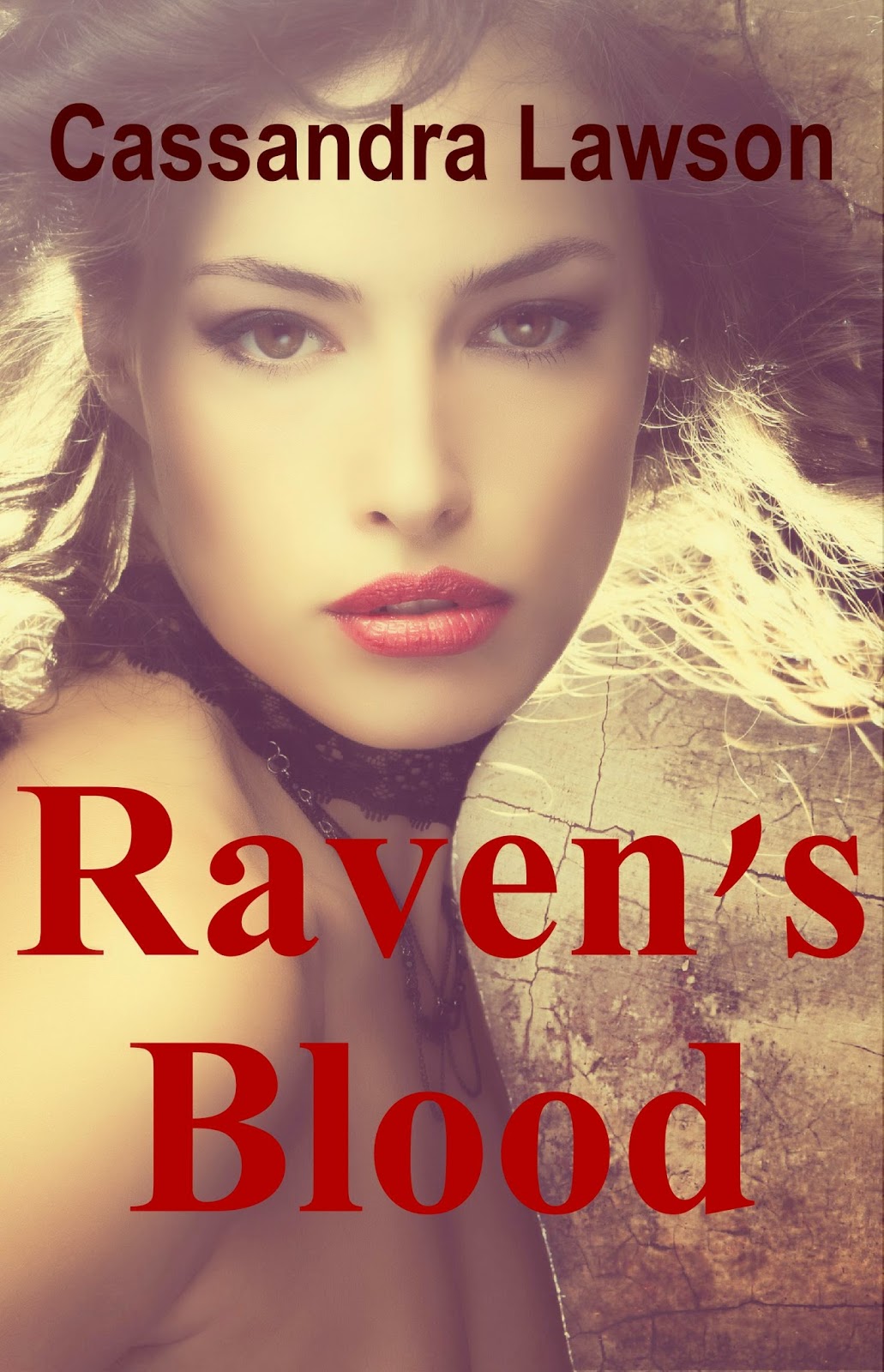 
Following the death of her wood nymph mother at the hands of vampires, Raven worked hard to build a life for herself in one of the few remaining human settlements. Her life takes a frightening turn when she finds herself an unwilling guest in a vampire settlement, but things are not anything like she expected them to be. Still, she cannot help but feel that her attraction to the vampire leader is a betrayal to her mother’s memory and her human friends.

From the moment Connor first laid eyes on Raven she has thrown his entire world off-balance. In order to prove his strength as a leader, he has no choice but to take her up on her offer to trade her freedom for that of her human friends. Having begun his life as a slave, he has no interest in keeping the wood nymph captive. As a man, he has no desire to feel this overwhelming attraction to a woman who hates him and his kind.

As Raven spends more time with the vampires, her feelings for Connor grow even stronger and Connor finds that she may be the one thing he cannot live without. Unfortunately, a new danger emerges that could threaten the survival of vampires and humans alike. As Connor struggles to unravel the mystery of the attacks from a new species of vampire, a madman will go to any lengths to get Raven’s blood.

Cassandra Lawson is an author and homeschooling mother of three from the San Francisco Bay area. She has always had a very active imagination and loves making up stories. When she is not writing she enjoys baking, spending time with her family, listening to music, or curling up with a good book.