Author Interview & Giveaway: The Darkness of Light by Tammy Farrell

Tammy Farrell grew up in Orangeville, Ontario Canada where she discovered her love of writing, and all things related to Edgar Allan Poe. She now lives with her husband and four fur babies in Greenville, South Carolina, where she teaches pre-GED English and attempts to learn French when she isn’t busy writing.

Do you plan everything or just let the story flow?

I do both. I definitely try to outline the story, but I know I’m not married to it. Most of the time, when I start writing the characters take over and write their own story. The only time I dive into planning is when I get stuck on a scene or I haven’t figured out an important detail of the story. That’s when I spend hours with a notebook, jotting down ideas and mapping things out.

I struggled with this when writing The Darkness of Light. I wanted to be in control of the entire plot. But once I had the characters personalities pegged and they felt real, I realized that they were the ones determining the action. Sometimes I would stop and get frustrated by something Malcolm wanted to do that went against the plan. Eventually, when I gave up trying to control them, the writing flowed so easily, I was shocked.

By nature, I’m a night owl, but I force myself to be a morning person. I find I’m more productive that way.

I would really love to visit Wales. I’ve had a bit of an obsession with Wales since doing research for my second book. It has such a fascinating history and the landscape is gorgeous. I plan to get there early in 2014. I can’t wait!

Yes. The Darkness of Light is set in the South Western part of Britain.

I listen to music for inspiration and while I’m editing, but while writing I need complete silence. It’s the only way I can get completely focused on the story.

The Darkness of Light is a historical fantasy novel set in post-Roman Britain. The story follows three very different characters, Mara, Malcolm and Corbin, who are all descendants of an ancient race of beings known as, Dia.

The foundation of the novel was inspired by Celtic mythology and I have a fascination with the middle ages, so naturally, that was chosen time period for the novel.

I’ve learned to trust my instincts, always. Just because someone gives me advice, doesn’t mean I have to follow it. I’ve learned to weigh advice carefully, and if it doesn’t feel right for me or my story,  it’s okay to go in another direction.

Yes. Referring back to my previous answer, I wish I’d trusted myself more through the process. There are so many “rules of writing” floating around out there and some people stick to them like glue. I could have saved myself a lot of stress if I’d just stopped worrying about the rules all the time. It worked out in the end, but next time I won’t put so much energy into worrying about those things.

Without a doubt, Anne Rice has always been my biggest inspiration. I love her work, even if I don’t always love a particular novel. Her writing is so beautiful to me.

I find inspiration everywhere. I like to browse art, especially dark art, for ideas. Sometimes a picture can spark a whole story. I read a lot of historical novels and I even found some good inspiration for dialog while listening to a couple browsing the isles in Barnes and Noble.

I would tell all aspiring authors the most obvious bit of advice —write. You can’t have a published novel without first writing a novel. 

I would also highly recommend getting your work professionally copy-edited, even if you plan to query. Having your work edited will teach you a lot about the mistakes you make, so you won’t make them again in the future. It’s especially important to have your worked edited if you’re self-publishing, but even for querying, agents will reject manuscripts with lots of grammatical errors.

No previous books. This is my debut :)

Any websites/places readers can find you on the web. 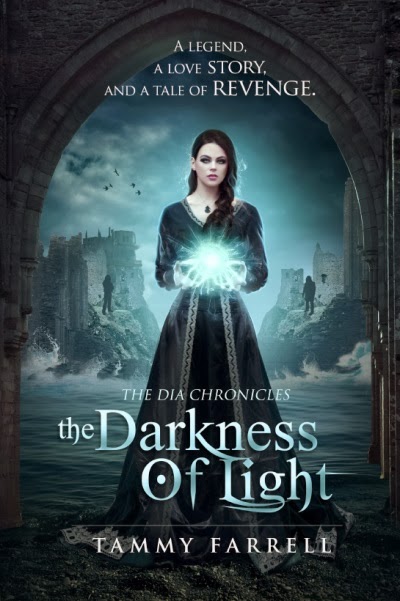 The world has long forgotten them, but their descendants live on, not wholly mortal or god, but something in between…

At the dawn of the sixth century, in the aftermath of her mother’s brutal execution, Mara Black is forced to flee the only life she has ever known.

Mara can tell she’s different, but isn't sure why. After she encounters two mysterious strangers, she discovers her secret is but a drop in an ocean of many. She is a Dia, a descendant of ancient gods, and her mother sacrificed herself to protect Mara from their past.

Summoned by an uncle she didn't know existed, Mara thinks she’s found the family she’s always wanted, and Corbin, a love she never thought possible. But not everything is as it seems. Her uncle has other motives for protecting her, and her mentor, Malcolm, becomes so jealous, he’ll do anything to get what he wants.

When tragedy strikes, and the true darkness among them comes to light, Mara discovers that sometimes love can give you everything, and obsession can take it all away. With her powers gone, and destiny calling, she has to look deep within to find the courage to save herself. Mara, along with Corbin and her newfound family, must fight to get back what was taken, or die trying.

Available in ebook and Paperback