Book Spotlight: How to be a Man by Tamara Linse 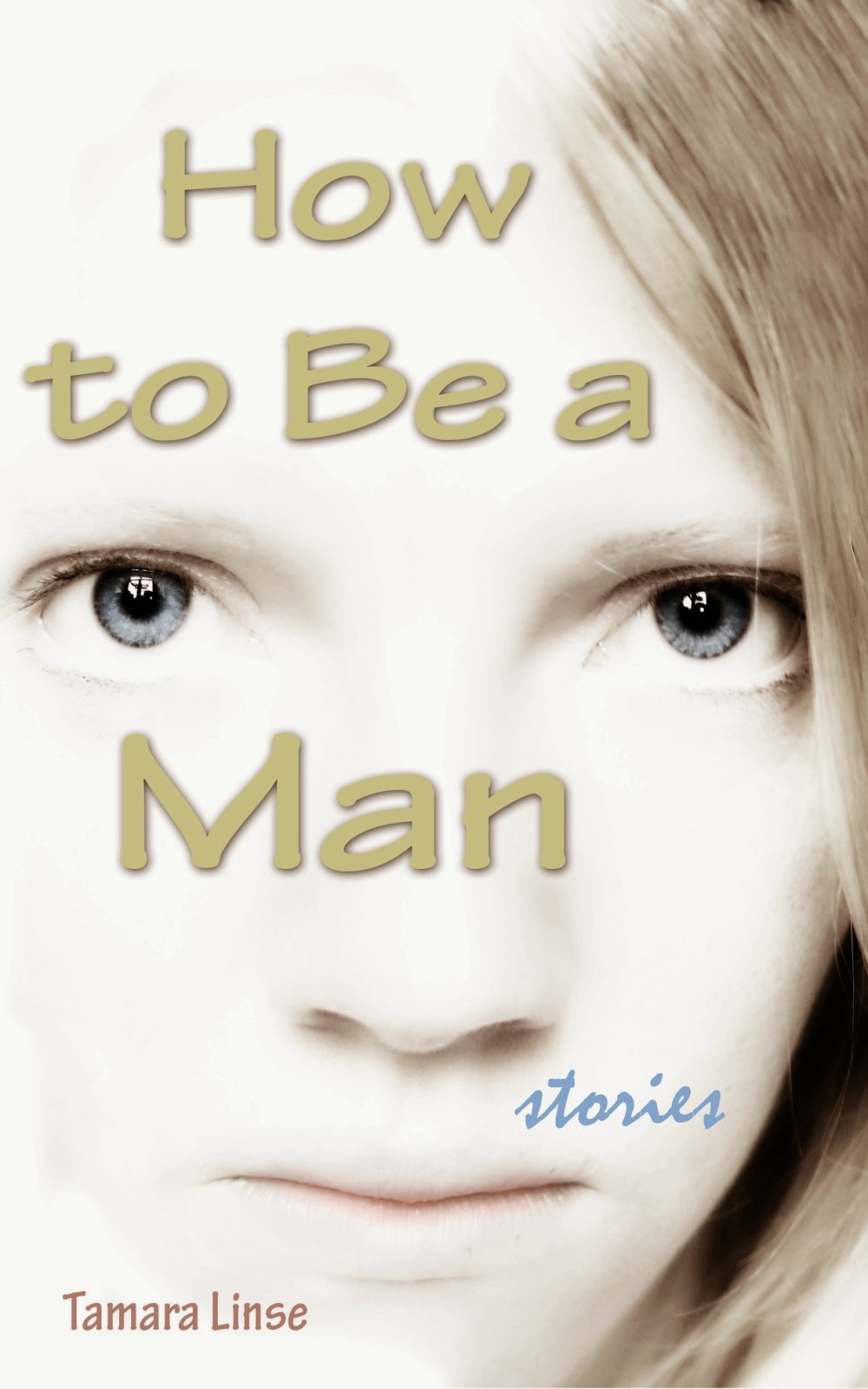 “Never acknowledge the fact that you’re a girl, and take pride when your guy friends say, ‘You’re one of the guys.’ Tell yourself, ‘I am one of the guys,’ even though, in the back of your mind, a little voice says, ‘But you’ve got girl parts.’” – Birdie, in “How to Be a Man”

A girl whose self-worth revolves around masculinity, a bartender who loses her sense of safety, a woman who compares men to plants, and a boy who shoots his cranked-out father.

These are a few of the hard-scrabble characters in Tamara Linse’s debut short story collection, How to Be a Man. Set in contemporary Wyoming—the myth of the West taking its toll—these stories reveal the lives of tough-minded girls and boys, self-reliant women and men, struggling to break out of their lonely lives and the emotional havoc of their families to make a connection, to build a life despite the odds. How to Be a Man falls within the tradition of Maile Meloy, Tom McGuane, and Annie Proulx.

from short story “How to Be a Man”

Never acknowledge the fact that you’re a girl, and take pride when your guy friends say, “You’re one of the guys.” Tell yourself, “I am one of the guys,” even though, in the back of your mind, a little voice says, “But you’ve got girl parts.”

You are born on a ranch in central Colorado or southern Wyoming or northern Montana and grow up surrounded by cowboys. Or maybe not a ranch, maybe a farm, and you have five older brothers. Your first memory is of sitting on the back of Big Cheese, an old sorrel gelding with a sway back and—you find out later when you regularly ride bareback—a backbone like a ridge line. Later, you won’t know if this first memory is real or comes from one of the only photos of you as a baby. You study that photo a lot. It must be spring or late fall because you’re wearing a quilted yellow jacket with a blue-lined hood and your brother’s hands reach from the side of the frame and support you in the saddle. You look half asleep with your head tilted to the side against your shoulder, a little sack of potatoes.

Your dad is a kind man, a hard worker, who gives you respect when no one else will. When you’re four, if he asks, “Birdie, do you think the price of hogs is going up?” ponder this a while. Take into account how Rosie has just farrowed seven piglets and how you’re bottle-raising the runt and how you’ve heard your brothers complaining about pig shit on the boots they wear to town. Think about how much Jewel—that’s what you’ve decided to name the pig—means to you and say, “Yes, Daddy, pigs are worth a lot.” He’ll nod his head, but he won’t smile like other people when they think what you say was cute or precocious.

Your mother is a mouse of a woman who takes long walks in the gray sagebrushed hills beyond the fields or lays in the cool back bedroom reading the Bible. When your brothers ask “Where’s Mom?” you won’t know. You don’t think it odd when at five you learn how to boil water in the big speckled enamelware pot and to shake in three boxes of macaroni, to watch as it turn from off-yellow plasticity to soft white noodles, to hold both handles with a towel and carefully pour it into the colander in the sink while avoiding the steam, to measure the butter and the milk—one of your brothers shows you how much—and then to mix in the powdered cheese. You learn to dig a dollop of bacon grease from the Kerr jar in the fridge into the hot cast iron skillet, wait for it to melt, and then lay in half-frozen steaks, the wonderful smell of the fat and the popping of ice crystals filling the kitchen. When your brothers come in from doing their chores, they talk and laugh instead of opening the cupboards and slamming them shut. An
d your dad doesn’t clench his jaw while washing his hands with Dawn dishwashing liquid at the kitchen sink and then toss big hunks of Wonder Bread into bowls filled with milk.

When you wear hand-me-downs from your brothers, be proud. Covet the red plaid shirt of your next older brother, and when you get it—a hot late summer afternoon when he tosses three shirts on your bed—wear it until the holes in the elbows decapitated the cuffs. If you go to town with your dad for parts, be proud of your shitty boots and muddy jeans and torn-up shirts. It shows that you know an honest day’s work. Work is more important than fancy things, and you are not one of those ninnies who wear girlie dresses and couldn’t change a tire if their lives depended on it.

Be prepared: when you go to school, you won’t know quite where you fit. All the other kids will seem to know something that you don’t, something they whisper to each other behind their hands. They won’t ever whisper it to you. But they won’t make fun of you either because—you’ll get this right away and take pride in it—you are tough and also you have five older brothers and the Gunderson family sticks together. Be proud of the fact that, in seventh grade social studies, you sit elbows-on-the-table next to a boy about your size, and he says with a note of admiration, “Look at them guns. You got arms bigger than me.” It’s winter, and you’ve been throwing hay bales every morning to feed the livestock.

Your friends will be boys. You understand boys. When you say something, they take it at face value. If they don’t understand, hit them, and they’ll understand that. For a couple of months—until your dad finds out about it—your second oldest brother will give you a dime every time you get into a fist fight. The look on your brother’s face as he hands you those dimes will make your insides puff to bursting. Use the dimes to buy lemons at the corner grocery during lunch time. Slice them up with your buck knife and hand them out to see which of the boys can bite into it without making a face.

Tamara Linse grew up on a ranch in northern Wyoming with her farmer/rancher rock-hound ex-GI father, her artistic musician mother from small-town middle America, and her four sisters and two brothers. She jokes that she was raised in the 1880s because they did things old-style—she learned how to bake bread, break horses, irrigate, change tires, and be alone, skills she’s been thankful for ever since. The ranch was a partnership between her father and her uncle, and in the 80s and 90s the two families had a Hatfields and McCoys-style feud.

She worked her way through the University of Wyoming as a bartender, waitress, and editor. At UW, she was officially in almost every college on campus until she settled on English and after 15 years earned her bachelor’s and master’s in English. While there, she taught writing, including a course called Literature and the Land, where students read Wordsworth and Donner Party diaries during the week and hiked in the mountains on weekends. She also worked as a technical editor for an environmental consulting firm.

She still lives in Laramie, Wyoming, with her husband Steve and their twin son and daughter. She writes fiction around her job as an editor for a foundation. She is also a photographer, and when she can she posts a photo a day for a Project 365. Please stop by Tamara’s website, www.tamaralinse.com, and her blog, Writer, Cogitator, Recovering Ranch Girl, at tamara-linse.blogspot.com. You can find an extended bio there with lots of juicy details. Also friend her on Facebook and follow her on Twitter, and if you see her in person, please say hi.