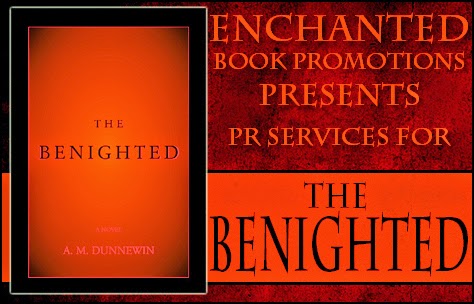 The King was dead. His body was found slain in his room, only months after his son had been brutally murdered. Skylar Mandolyn, his daughter, has now become the last heir to the throne. But instead of becoming Queen, she was imprisoned for helping in the escape of Sir Harlin Brien, her knight who was framed for the King’s murder.

Confined to darkness, Skylar's captors have given her no choice but to yield to a new kind of enemy: a domain that has advanced in both technology and warfare. It's only when she refuses that the prison uses other means of persuasion. Though unmerciful, the whip lashings and isolation can't suppress her memories. She's forced to face again both her brother's death and her father's emotional decline, though even the darkness can't hide the deceptive hands that have tormented them all. Advisor turned adversary, Cross Lutherus has brought the ancient bloodline to its knees, and Skylar is the only Mandolyn left to feel his wrath.

With two kingdoms on the brink of war, and the end of her life drawing near, Skylar's only hope is in the person who haunts her the most – Harlin, the knight who was sworn to protect her. His presence surrounds her when the darkness screams louder than the prisoners, when Death smiles a faceless grin in between the cracks of the stone. And it's his strength she embraces just as the tremors start to rise from the deep, crawling up through the prison's walls to terrorize the benighted realm and all its souls.

The mystery was never how Harlin escaped. It is how he will return.

"Don't be disheartened, Princess," Kingston continued, pulling her attention back to him. "You're just another tool when it comes to the games of men."

Her hand tightened around the metal that wrapped around her knuckles, still hidden from view.  "Is that what you think?" she growled.

Skylar took one last look at his unmarked face before she backhanded him with her fist, the brass knuckle slicing across the side of his face. He screamed from the shock of the force, and from the pain that trailed along right behind it.

"How does that change feel?" she asked before using that same fist to punch the other side of his face, impacting his teeth through his cheek and smashing passed his nose. Taking a step back, Skylar surveyed Kingston's bleeding face and the wild fear that sparked in his eyes when he stared back, pain and panic-stricken.

"You cannot stop what has to come to pass!" he shouted, using the sound of his words to regain his confidence. He had begun to fall forward, his equilibrium working against him, until Harlin grabbed him by his collar and pulled him back.

"You're right," she falsely agreed, grabbing him by his jaw and bending close to his face. "If they ever let you speak again, let your comrades know that they will get change." She struck him with the brass knuckle before he could speak, making him wail.

"Let them know," she continued before striking his face again, "that killing my brother wrote their own deaths!" She rammed the metal hard into his face now, his screams choked out from the impact that was cracking his jaw bone. "I am the change they will forever regret!" Each following word rose higher in anger, and in between each word she struck him. "Because I. Will. NOT. YIELD!"

The guard was semi-conscious and bleeding by the time Skylar stepped back again and realized what she had done. She could almost see herself, fading into the rain that was pouring down around them, her hood long thrown off, steam rising from the burning adrenaline that had made her sweat. The grey-green world washed away down the prison walls, the cold stone surfacing just enough to be recognized. But despite the phenomenon, he was still there watching her. She gasped to say something to the hazy figure that was Harlin, still standing behind the guard, still keeping him upright. 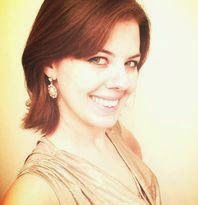 A. M. Dunnewin inherited her love for mysteries and thrillers from her family, which motivated her to pursue a B.A. in Psychology with a minor in Criminal Justice. Although her stories cover a wide range of genres, she primarily writes historical fiction and thrillers. An avid reader at heart, she's also a passionate collector of both antique books and graphic novels, and has been known to search for stories in the most random places. She lives in Sacramento, California.

at May 09, 2014
Email ThisBlogThis!Share to TwitterShare to FacebookShare to Pinterest
Labels: blog tour, book spotlight