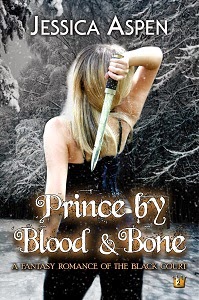 A rebellious prince, a reluctant witch, and a mysterious prophecy,twisted together in a tale of Beauty and the Beast

Trapped in an underground palace Prince Kian must remain a beast, or give in to the queen’s plan to strip him of his powers. But Kian refuses to submit to his mother's evil plan and is determined to escape both his prison and his curse—even if it means dabbling in witch's magic.

On the run for most of her life, Bryanna MacElvy has never learned to use her healing Gift. When she’s pulled by Kian’s spell into his prison, the prince sees the golden witch as his salvation. Refusing to let her, or to accept she is incapable of curing him, Kian offers her a terrible bargain—heal him, or give up her freedom forever.

Their lives entwined by fate, the prince must learn to love a human and Bryanna must learn to trust herself—or risk losing their freedom, his powers, and their passion, to the evil of the Black Queen.

Dare to enter Jessica Aspen’s world of steamy, fantasy romance in book two of her fairy tale trilogy: Tales of the Black Court

Kian barely got into his chamber and slammed the door shut before succumbing to his desperate need, frantically clawing off the confining cloak, scrunching it into a bundle, and viciously hurling it into a corner. He shook with the effort of controlling himself, his rage, anger, and frustration, spewing out in a bone-shaking roar.

As the dust settled, he paced the room, shoving broken furniture out of his way and listening to the tinkling of the crystal chandelier as it quivered to a stop.

He’d been here too long. So long he’d forgotten how a single breath of rose-scented skin could tempt a man to violence.

From the long blond hair and almond-shaped glass green eyes, all the way down her very long legs in those ridiculously short shorts, she couldn’t have been any more tempting. And he’d been tempted. Tempted to rip off her clothes and see what her full breasts looked like below the low scoop of her tank top. Tempted to lick and taste and devour her skin all the way down to the soft indent of the belly button that had flashed him when he’d scared her. Tempted enough to take her, and ravish her, and jeopardize all chance of her good will.

The wench had no idea how close she’d come to being violated.

If she hadn’t turned out to be a witch, would he have been able to resist the lure of her femininity? He’d been alone with only Beezel and the goblins for too long. He didn’t think any man would resist a fantasy sex slave dropped into his prison. But she wasn’t a slave. She was his only hope, and he would need to woo her into helping him break the curse.

Kian crossed to the full-length mirror he forced himself to look into once a day, lest he forget how much his mother hated him. She had twisted his Gift, and it was twisting his soul. His magic was strong, a legacy of his royal blood, and she’d used it against him the way only his twisted mother could. She’d taken his Gift, a thing of beauty, the ability to take on any shape—a mouse, a troll, a wolf, anything at all—and she’d perverted it before imprisoning him.

He stared and brooded at his reflection in the mirror, at the worst motley of animals he’d ever seen. Himself. And wondered what the terribly young, terribly beautiful, terribly innocent witch would think.

The upright stance of a human, but the humped-up shoulders of a bear. The razor-sharp talons of an eagle, but the heavy, earthbound weight of a boar. Long tusks protruded next to his wolf-like muzzle, and if it weren’t for magic, his too long tongue and sharp fangs would make speech impossible. His mother had stolen all his shapes from him and left him a mess, but at least she’d left him the ability to communicate. Goddess only knew why.

No woman would want to look at a creature like him. No woman would kiss a man with a wolf’s face and tongue, and a boar’s tusks. No woman would be running her hands down his coarse, hairy chest, and when she discovered what lay between his thighs? No.

His fist lashed out and connected with the mirror. Gleaming shards of glass flew, catching in his short, scrubby mane and fur.

The girl would help him. And soon. He didn’t know how long he could restrain himself from burying his face in her hair, and his cock between those long, long legs.

A hesitant knock sounded on the door.

Beezel entered and scrambled into a low bow.

“Enough of that.” Kian began pacing again, too restless to stand still. “Does she like her room? Do you think we should have put her in the one next to the library instead?”

The gnome’s accusing eyes took in the broken glass and the shattered mirror, but like the good servant he pretended to be, he kept his opinion to himself. Kian restrained the overwhelming urge to beat the gnome for the reproach he would never voice.

“I’m sure she’ll be fine, Your Highness. She doesn’t seem to care.”

“Doesn’t care?” Kian crossed to the trembling gnome, who edged closer to the open door. “Explain,” he growled.

Beezel hesitated. “She threw herself on the bed, sobbing, as soon as she entered. She doesn’t want to be here, none of us do.”

Kian stalked up and down the large room, pushing chairs and tables out of his way. “She’s staying.”

“Sire, I doubt your mother will let her.”

“My mother!” Kian crossed the room and picked up the gnome, shaking him hard until his arms and legs flew as if on strings. “You will not tell the queen. You will not tell anyone about this girl. Do you understand?”

“B-b-but, I must.” The gnome’s knees knocked together.

“Beezel,” Kian lowered his voice and drew close to the gnome. “If you do, I will kill you.”

The reek of the gnome’s fear overwhelmed his sensitive wolf’s nose.

“Beezel, the queen is not here. I am. The strength of the spell confining me here has left her blind to whatever goes on within the confines of my prison. She’ll never know if you don’t tell her.” He lowered his voice and whispered into the gnome’s bumpy, pointed ear, “But I’ll know if you tell the queen and the girl is taken away from me. And I’m sure you will still be here for me to punish.”

He lowered Beezel to the ground and patted his bald head. “Beezel, what do you desire? Jewels? Gold? An underground palace such as this one?” Kian swung his arm wide. The warren was falling apart, but for a cavern gnome such as Beezel, it would be more lavish than any other home he would have in his lifetime. “Once I am released I can give you all of that, and more. But only once the witch has freed me from this curse that binds my form and my powers. If you tell the queen and she takes the witch, I will still be stuck here, but without a chance of freedom, and whatever hold she has over you will remain.” He paused, and sighed. “Trust me, she never lets go. If you do this, I’ll set you free and make sure you’re well rewarded.”

The little gnome avoided his gaze. “Well, Beezel? What’s it to be? Do I reward you, or do I have to kill you now to gain some time?” Kian pushed out a frustrated breath. “Are you in?”

Beezel moved his head in a slow nod.

Kian’s muscles relaxed in a rush of relief. He didn’t know what he would have done if the gnome had refused. He likely would have had to kill him, and who knew what the queen would send next.

“Good,” he said. “Swear to me you’ll not tell anyone about our visitor, anything about the girl, nor my endeavors.”

The gnome’s voice came out almost too low to hear, but Kian caught the words. “I swear.”

For the first time in too long the tell-tale energizing upswing of joy and anticipation tingled along his nerves. Finally, after too many years in this dusty abandoned place, he would have his own shape, his powers, and his freedom. 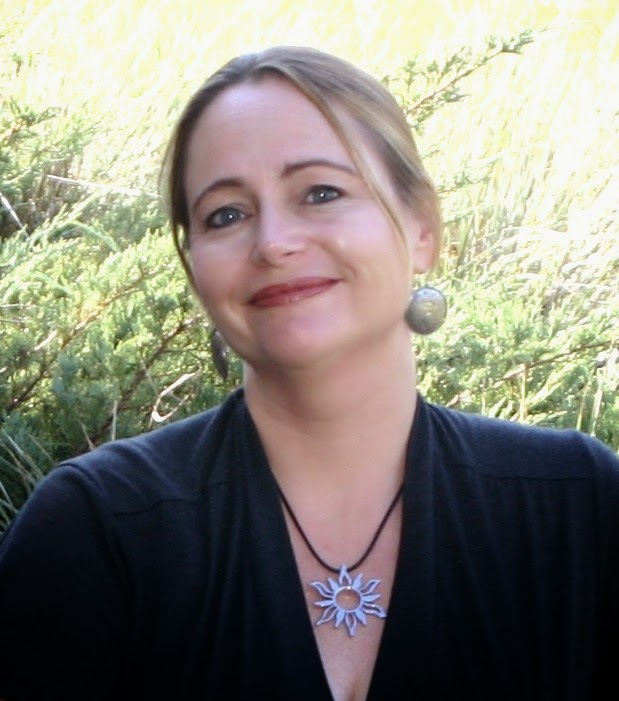 Jessica Aspen has always wanted to be spirited away to a world inhabited by elves, were-wolves and sexy men who walk on the dark side of the knife. Luckily, she’s able to explore her fantasy side and delve into new worlds by writing paranormal romance. She loves indulging in dark chocolate, reading eclectic novels, and dreaming of ocean vacations, but instead spends most of her time, writing, walking the dog, and hiking in the Colorado Rockies.

Join the Jessica Aspen mailing list! Get the scoop on new releases, sales, plus the chance to win ARCs and participate in special giveaways.  When Jessica sends you an email, there’s always something in it for you! http://eepurl.com/zs4Sj

Giveaway is an e-copy of book one, The Dark Huntsman, A Fantasy Romance of the Black Court, at each stop.

Please leave a comment on this post with your name and email for a chance to win. Winner will be  announced here no later than May 21.

at May 06, 2014
Email ThisBlogThis!Share to TwitterShare to FacebookShare to Pinterest
Labels: blog tour, book spotlight, giveaway