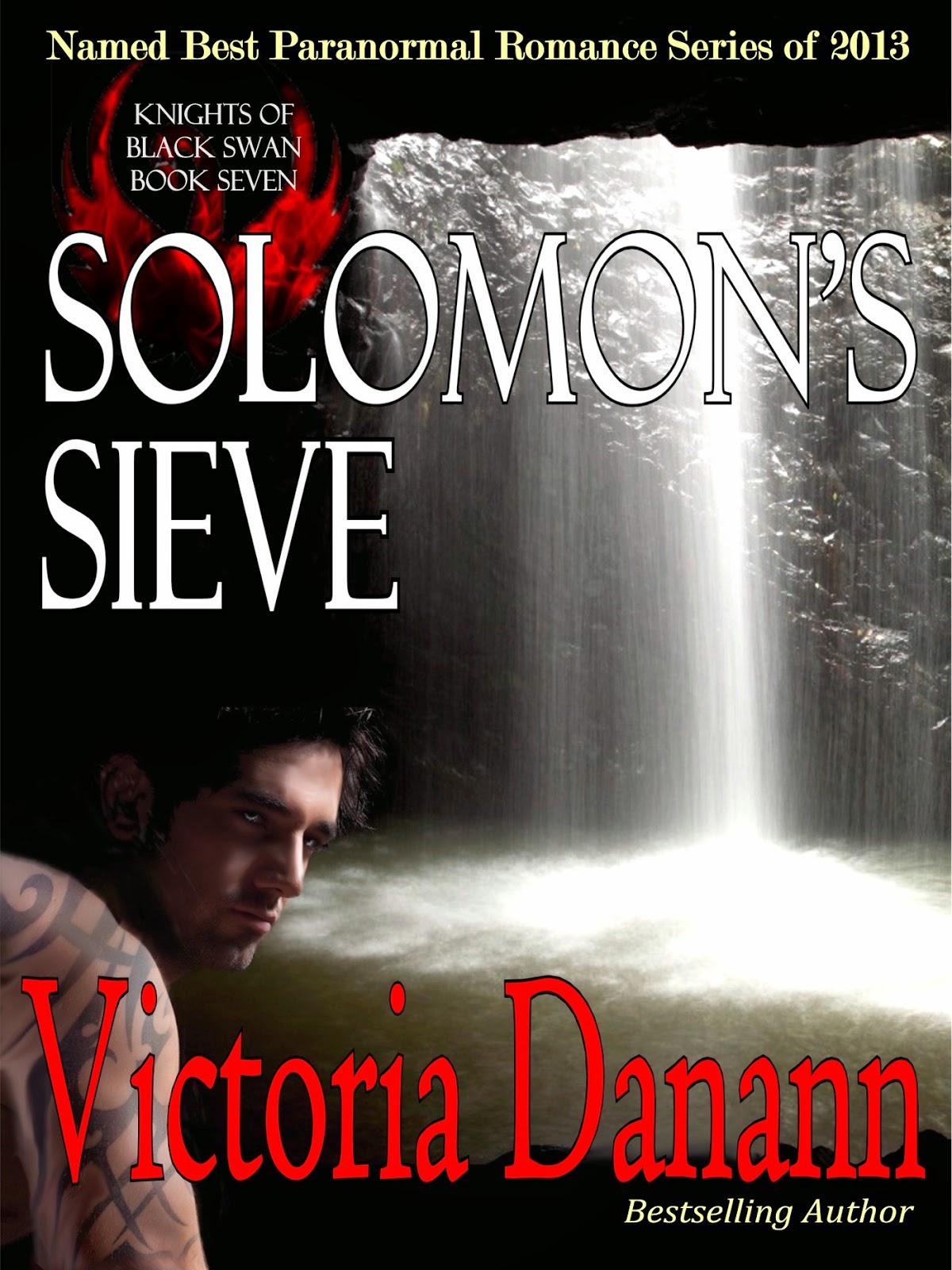 Nominated for Best Paranormal Romance Series of 2014 IRC READERS CHOICE AWARDS – Voting in September. Victoria Danann is also up for Author of the Year.

When Sovereign Solomon Nemamiah lay dying on a beach under an overturned vehicle with his fiancé helplessly sobbing next to him, he made a vow to himself that he would refuse to stay in some arbitrary afterlife. He silently promised to return and finish what he started with The Order of the Black Swan and the love of his life. When the new Sovereign of Jefferson Unit begins saying and doing things that remind people of Sol, it raises suspicion in the minds of people who were closest to him.

The mutated and more aggressive strain of vampire virus surges back to the forefront of The Order’s priorities forcing retirees to be recalled and trainees to be inducted earlier than ever before.

Meanwhile, The Order sends Z Team with its newest member, Glendennon Catch,  to escort new recruit, Dr. Mercedes Renaux, to Bulgaria. Her mission is to shut down and investigate an archeological site that may contain irrefutable evidence that vampire exist. Their mission is to protect her.

“Well, I’m scheduled to patrol with B Team tonight. I was hoping you could get a babysitter and…”

Ram looked at her like he didn’t know her. “Do you no’ think we should talk it over just the two of us?”

“Normally yes, but I’ve given this a lot of thought. I was going to bring it up after my patrol tonight when you’d had a chance to find out how hard it is to sit home and not know what’s going on. This latest crisis has jus moved my schedule ahead by a day.”

“Your schedule,” Ram repeated drily. “I was actually goin’ to have a talk with you today and let you know that I’m goin’ out tonight instead of you. I am no’ likin’ the idea of my child’s mother in the field. Particularly no’ in light of the way these new biters are behavin’.”

Elora gaped at him and Ram knew the flush in her cheeks was never a sign that an argument was going his way. “You mean you were planning to make me fight my way onto B Team a second time?” She outraged-whispered so as not to wake Helm. “As for ‘badly behaving biters’, that’s exactly the point I was going to make and my practical demonstration couldn’t be more apropos to your phrasing.”

“You know how Helm is going through a biting phase?” Elora turned to Rev to catch him up with a summary. “When the baby doesn’t get what he wants when he wants it, sometimes he turns red in the face, screams, and bites like a little pit bull. Three days ago he bit Ram on the shoulder.” She turned to Ram, who was wearing a gray metal band tee. “Come on. Show our guest how it looks after three days.”

Ram hesitated for a couple of seconds, eyeing her in challenge, but finally acquiesced and pulled the short sleeve up above his shoulder to reveal the bite mark . It was ugly. Helm had made a mold of his teeth out of his Daddy’s flesh. It was bruised all around and had the red telltale signs of beginning infection.

“Your baby did that?” Rev asked incredulously.

“It looks worse, Ram. When we’re done here, you’re going to go down to clinic and get a shot of antibiotic.” Elora continued. “But back to my demonstration. Tonight, right here in this very high chair,” she pointed to the chair for dramatic effect, “the child threw a similar tantrum - which had Hawking stamped all over it, by the way - and he bit the bejuices out my forearm.”

She then pulled up her sleeve and turned her arm over so they could see that, from any and every angle, there was no sign she’d been touched.

Ram grabbed her arm and gave it a close inspection and then insisted on doing the same with the other arm. When he was satisfied with the inspection, he shrugged. “So you’re a fast healer.”

“No. The point goes much deeper than that. It’s not that Helm bit me and I recovered quickly. It’s that he didn’t do any damage to begin with. Unless you count the fact that I think less of him and question his love.”

Ignoring that last part, Ram said, “So you’re tryin’ to say you can no’ be hurt?” He made a rude noise. “Talkin’ to the wrong person, dearie. You’re forgettin’ that I happened to be there when we almost lost you to vampire bites. Made a righteous mess of that beautiful body if I’m recallin’ correctly.”

“I’m not forgetting that. But you’re forgetting that, number one, I wasn’t out with a team. I was alone. And number two, I wasn’t taken down by vampire. It was a fellow knight, which is why I didn’t see it coming.” Ram responded by slumping down in his chair and starting to thump a nervous rhythm on the table with his hand. “Don’t you see, Ram, if I’m on patrol, I can protect you and Kay and Storm. That’s why I wanted to be a knight to begin with.”

Ram sighed deeply. He was going to give in for all the same reasons he had given in the first time. “That’s why you wanted to be a knight?”

“Rammel, if something happened to you, I would never forgive you because I would always know that I might have prevented it if I’d been there. I owe that to you, to me, to Helm, and to B Team.”

“Are you plannin’ to play every card in your deck?”

Elora raised her chin and smiled. “I’m not playing, Ram. I’m standing by my man.”

“You know there’s a reason why Great Paddy never married.”

Elora cocked her head and looked at Ram thoughtfully. “You do know there’s no Great Paddy, don’t you, Ram?”

Rev interjected. “If this is settled, I need to go throw a couple of things in a bag.”

At each blog tour stop, one lucky winner will win an e-book set of 7 Knights of Black Swan Series!  (one set each stop)

Winner will be announced on May 8th for this blog.

To enter, just leave your name and email address in the comments so I can send the organiser the winner's details :)


at May 27, 2014
Email ThisBlogThis!Share to TwitterShare to FacebookShare to Pinterest
Labels: blog tour, book spotlight, giveaway