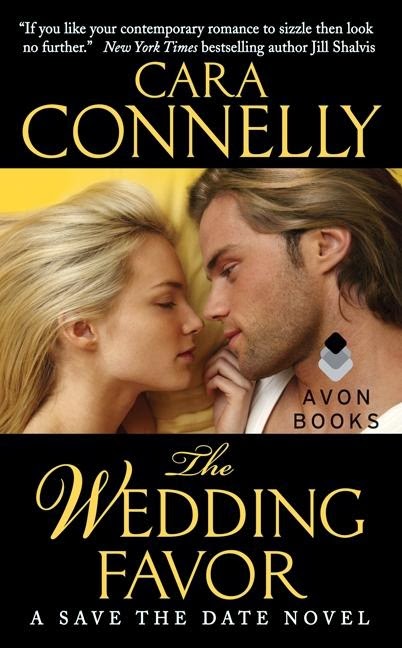 In her deliciously sexy debut, Cara Connelly gives a whole new meaning to crashing a wedding.

BEFORE THE WEDDING Tyrell Brown wanted to get the hell out of Houston and back to his ranch. Instead, he’s stuck on a flight to France for his best friend’s wedding. To top it off, he discovers he’s sharing a seat with Victoria Westin, the blue-eyed, stiletto-heeled lawyer who’s been a thorn in his side for months.

AT THE WEDDING Victoria can’t believe it! How can she be at the same wedding as this long, lead cowboy with a killer smile? So what if they shared a few in-flight cocktails, some serious flirting, and a near-miss at the mile-high club? She still can’t stand the man!

AFTER THE WEDDING The wedding disaster’s in the rearview, but the sizzle between these two is still red-hot. They tried to be on their best behavior in France, but back in the States all bets are off…

“That woman,” Tyrell aimed his finger like a gun at the blonde across the hall, “is a bitch on wheels.”

He paced away from Angela, then back again, eyes locked on the object of his fury.  She was talking on a cell phone, angled away from him so all he could see was her smooth French twist and the simple gold hoop in her right earlobe.

“She’s got ice water in her veins,” he muttered.  “Or arsenic.  Or whatever the hell they embalm people with.”

Ty turned his roiling eyes on Angela.  He would have started in – again – about hired-gun lawyers from New York City coming down to Texas thinking all they had to do was bullshit a bunch of good ole boys who’d never made it past eighth grade, but just then the clerk stepped out of the judge’s chambers.

Across the hall, the blonde snapped her phone shut and dropped it in her purse, snatched her briefcase off the tile floor and, without looking at Angela or Ty, or anyone else for that matter, walked briskly through the massive oak doors and into the courtroom.  Ty followed several paces behind, staring bullets in the back of her tailored navy suit.

Twenty minutes later they walked out again.  A reporter from Houston Tonight stuck a microphone in Ty’s face.

“The jury obviously believed you, Mr. Brown.  Do you feel vindicated?”

I feel homicidal, he wanted to snarl.  But the camera was rolling.  “I’m just glad it’s over,” he said.  “Jason Taylor dragged this out for seven years, trying to wear me down.  He didn’t.”

He continued striding down the broad hallway, the reporter jogging alongside.

“Mr. Brown, the jury came back with every penny of the damages you asked for.  What do you think that means?”

“It means they understood that all the money in the world won’t raise the dead.  But it can cause the living some serious pain.”

“Taylor’s due to be released next week.  How do you feel knowing he’ll be walking around a free man?”

Ty stopped abruptly.  “While my wife’s cold in the ground?  How do you think I feel?”  The man shrank back from Ty’s hard stare, decided not to follow as Ty strode out through the courthouse doors.

Outside, Houston’s rush hour was a glimpse inside the doors of hell.  Scorching pavement, blaring horns.  Eternal gridlock.

Ty didn’t notice any of it.  Angela caught up to him on the sidewalk, tugged his arm to slow him down.  “Ty, I can’t keep up in these heels.”

“Sorry.”  He slowed to half speed.  Even as pissed off as he was, Texas courtesy was ingrained.

Taking her bulging briefcase from her hand, he smiled down at her in a good imitation of his usual laid-back style.  “Angie, honey,” he drawled, “you could separate your shoulder lugging this thing around.  And believe me, a separated shoulder’s no joke.”

“I’m sure you’d know about that.”  She slanted a look up from under thick black lashes, swept it over his own solid shoulders.  Angling her slender body toward his, she tossed her wavy black hair and tightened her grip on his arm.

Ty got the message.  The old breast-crushed-against-the-arm was just about the easiest signal to read.

And it came as no surprise.  During their long days together preparing for trial, the cozy take-out dinners in her office as they went over his testimony, Angela had dropped plenty of hints.  Given their circumstances, he hadn’t encouraged her.  But she was a beauty, and to be honest, he hadn’t discouraged her either. 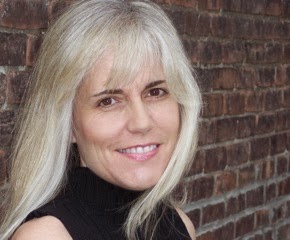